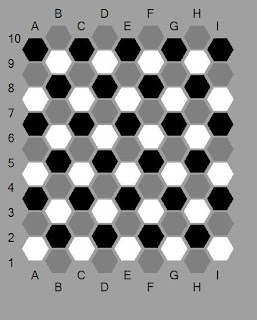 VIKING CHESS:  Fig. 1.  The Viking chess is a chess play on an unusal chessboard consisting of hexagons instead of squares, arranged in three differnt colours according to fig. 1.

The VIKING CHESS is an new game invented in Iceland.  The tool for playing VIKING CHESS consists of a playing board of the sie 17 x 21 mede up of a 85 hexagons, divided into 9 colums and having three different colours.

A set of chequers consists of 9 chequers and 9 pawns.  The two sets of chequers are having different colours.  Thechequers nemes are the same as in classical chess except one, which is Viking.

The moving abilities are quite analogical to the classical chess and are easy to learn.  Only the moving of Viking is new.

In Viking chess there are more moved needed, more time needed, there are more possibilities and the moving of the chequers is slower than in classical chess.

With the Viking chess there has been found a new priciple of chess, the princeple of the HEXAGON with the chess-board remaining rectangular.

This new principle has been studied by chess-players of all classes and found to be a principle HEXAGONAL CHESS.

The Viking Chess has been found much developing for the chess player's sense of the square board.  He makes out the two directions more easily after having been doing with tree.  Thus it is supposed, that chess players of all classes will play Viking chess along with classical chess.

Once a new principle is found it certainly has advanges over the older ones for compare the intelligence of the player, bacause the theoreetical knowledge will not affect the real ability of the player to direct the chequers.  The Viking Chess is thus supposed to be A NEW TOOL FOR COMPARING INTELLIGENCE - A NEW TOOL FOR CHESS PLAY. 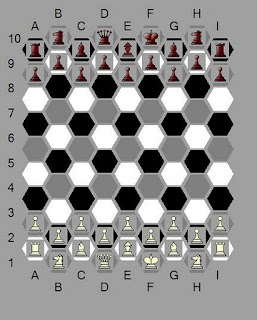 Fig. 2.  Each set of pieces consists of the usual set of chess pieces with the addition of one piece, which is called the Viking and is placed between the King and the Queen, and one pown in front of the Viking.  This beginning position of hte pieces is shown in fig. 2.  Note, that the white Viking is on a white hexagon. 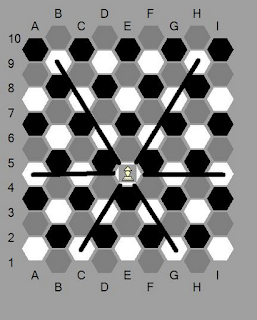 Fig. 3 shows the movement of the Viking, which moves hexagonally, on the white hexagons only and only in direction of the corners of its own hexagon. 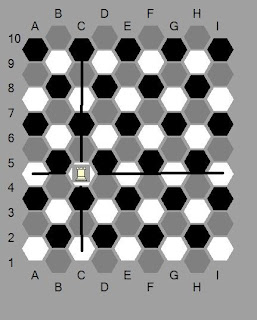 Fig. 4 shows the movement of the Rook.  The Rook can move vertically and horizontally along ghe a c e g an i lines of the board.  Accordingly the Rooks can never enter the b d f and h lines.  Rooking is allowed by the same rules as in usual chess. 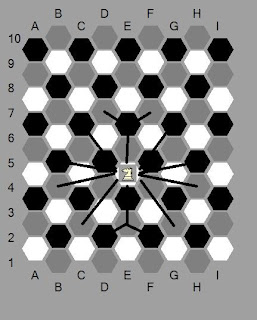 Fig. 5 shows the movement of the Knight, which is preferably defined by the figure.  As in usual chess, the Knight is the only piece, which can jump over other pices. 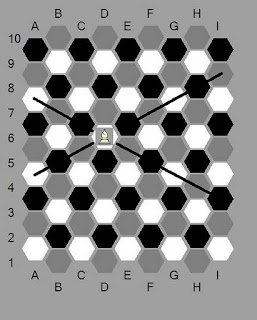 Fig. 6 shows the movement of the Bishop, which moves along two diagonals. 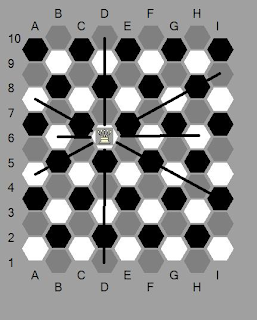 Fig. 7 shows the movement of the Queen, which moves vertically and horizontally on all lines of the board and along two diagonals. 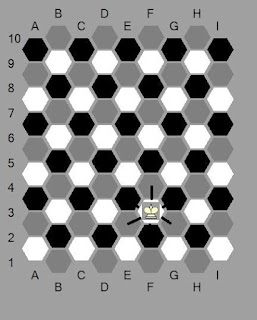 Fig. 8 shows the movement of the King, which can only move to the adjacent hexagons.